Grassland curing estimates used in a range of bushfire prediction and warning systems rely on satellite and human observers. Current methods of estimating curing are being expanded throughout the eastern states of Australia by the lead agency in the field, the Country Fire Authority of Victoria.

In grassland landscapes that are lightly treed and have a high proportion of exposed soils, such as the Mallee in north-western Victoria, there is a tendency to under estimate curing after summer rainfall events; in other words satellites fail to detect late season green up leading to downstream issues in systems that use the estimates such as fire danger forecasts and fire spread models.

Last summer CFA and RISER established the viability of using UAVs to capture a series of vegetation indices which are highly correlated to grassland curing. The platform showed promise in being able to produce extremely high resolution data that may provide researchers with insight into grassland curing at other scales. With this in mind CFA and RISER again utilized Think Spatial’s UAV to capture imagery in conjunction with vegetation sampling at Murrayville, in the middle of the Mallee, northern Victoria.

Early this fortnigfht, under bright blue skies, sampling consisted of gathering fuel samples in treeless “reference” paddocks of wheat and pasture grasses, then moving onto native pastures that were lightly treed in some areas and more heavily treed elsewhere. Another field trip will take place later in the season after rains produce a “green up” event. 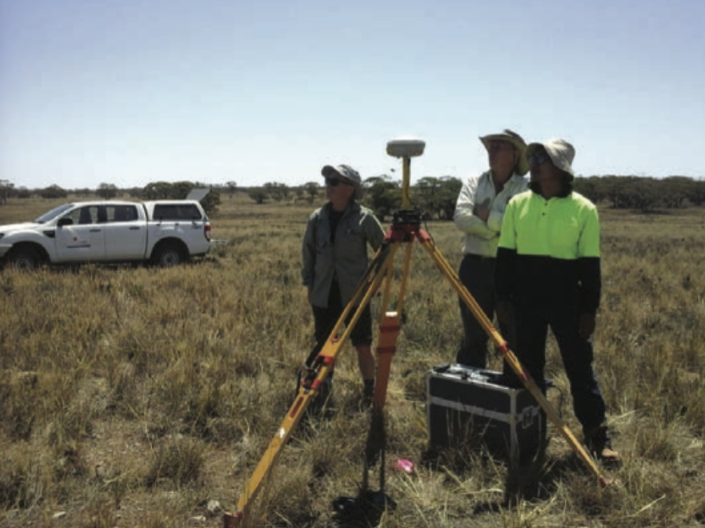