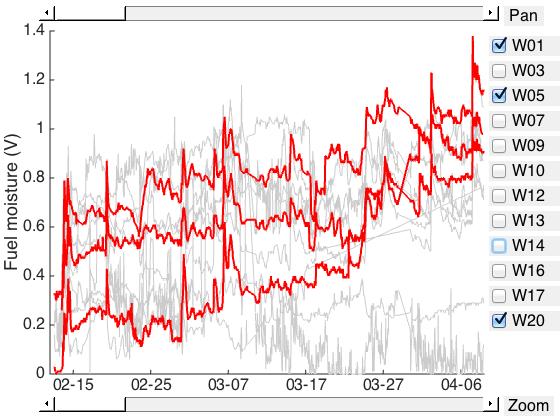 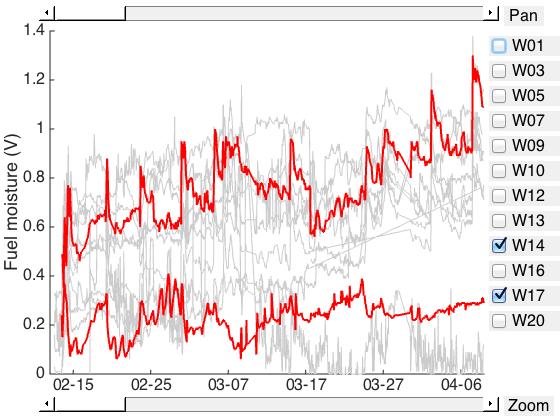 For example, the first figure above shows the fuel moisture measured by three sensor motes. The trends, diurnal variations, and responses to rains of the three time-series are consistent, even though there exists a large bias between them. However, the second figure above illustrates two inconsistent time-series. In order to better understand the reasons for these temporal patterns, Tom is installing some iButtons (right, programmable temperature and humidity sensors) in the litter packs as an independent source of sensed information. Comparing the standalone observations of fuel moisture will help identify the source of the inconsistencies. Tom will also explore the topography and vegetation in the study area to help with data interpretation.