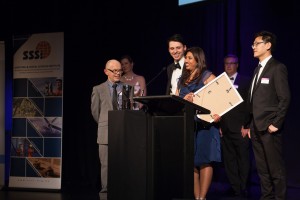 The RISER project was nominated in the category of Award for Technical Excellence. The project won the
award with the judges noting that “In a category filled with excellence, the RISER project stood out as a benchmark of technical excellence that addressed a significant need using a complex mix of technologies requiring significant integration.”

The RISER project also then went on to receive the Victorian Government Award for Spatial Excellence, the highest accolade of the awards. Allison, Matt, Peter, and Mark were all there to receive the awards on the night. Craig Lapsley was also at the awards as SIBA’s distinguished guest representing EMV. 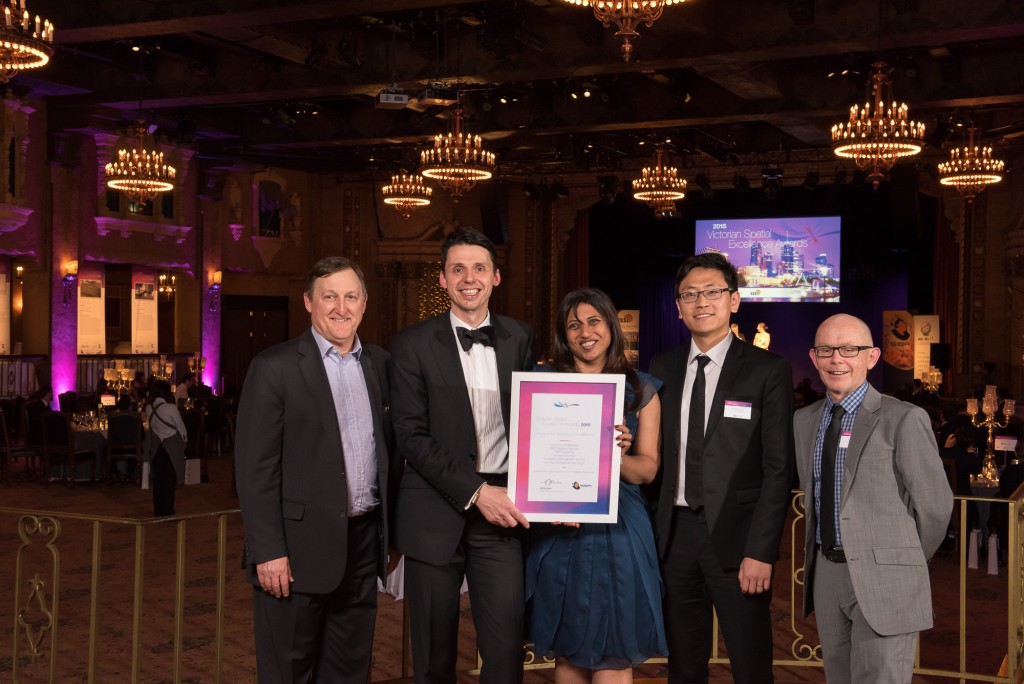 As a winner of the VSEA, the RISER project will now go forward to the national Australia Pacific Spatial Excellence Awards (APSEA), with awards announced in March 2016 at the national Locate conference.