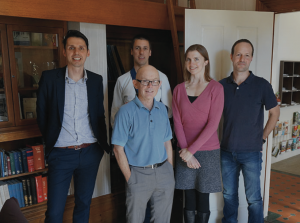 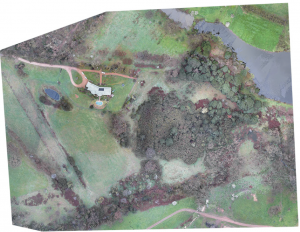 Danielle Martin and David Nichols from CFA, Glenn Newnham from CSIRO, Darius Culvenor from Environmental Sensing Systems, and Matt Duckham, Allison Kealy, and Peter Zhong from University of Melbourne participated in an UpRISER workshop led by Mark Garvey at Graduate House, University of Melbourne, on 30 October 2014. The workshop explored further opportunities for collaborative research on grassland curing. The aim of the workshop was to ensure the outcomes of the UpRISER project are better aligned with current operational system of CFA and research at CSIRO. The discussions focused primarily on the potential for UAV imagery to contribute to validation or estimation of grassland curing. The current grassland curing system, introduced by David and Danielle, relies on satellite imagery combined with ground observations from approximately 200 volunteers around Victoria each week. Automated sensing technologies, such as UAVs, hold the potential to add a new “middle tier” of information about grassland curing, in the gap between the large spatial extents of satellite remote sensing and the high detail of human observations.

Multispectral ground-based senseors are an another potential middle tier, also explored in discussions led by Darius and Glenn. Multispectral sensors can measure light intensity at multiple wavelengths to provide an independent calculatation of NDVI. The potential for such sensors is already being investigated in a project by Darius and Glenn. An important feature of RISERnet is the capability to integrate third party sensors. Hence, our discussions also naturally focussed on a possible collaborative deployment using RISERnet as the platform for the multispectral sensors.

As a immediate practical outcome of the workshop, we plan to extend our recent UpRISER UAV test flight to a regular flights at one observer site in Kangaroo Ground on a weekly or fortnightly basis throughout the coming curing season.